Fun in the Sun

It's a glorious spring day here in Invervegas and while Chris was sleeping off his night shift, Tyler, Pedro and I popped across to the school playground. 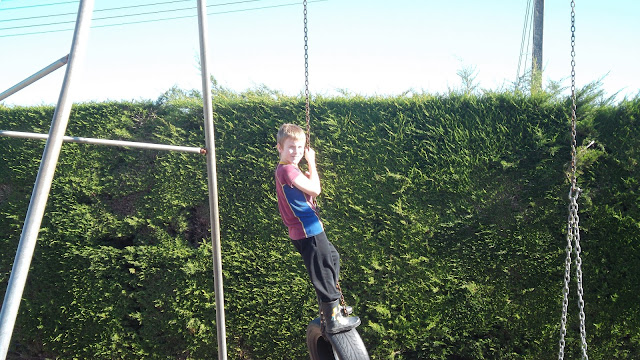 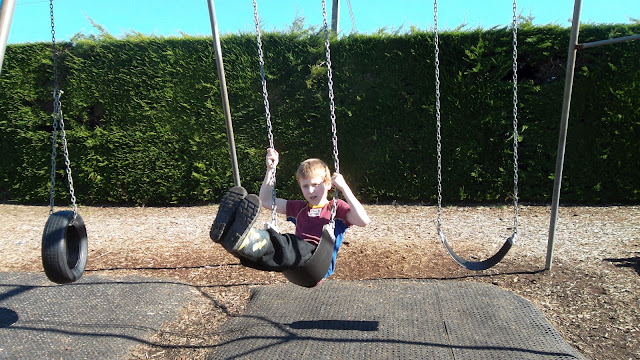 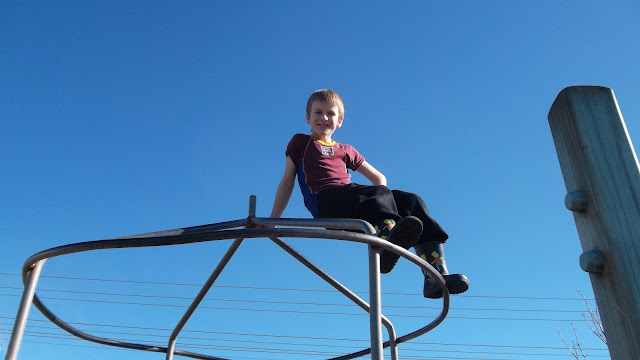 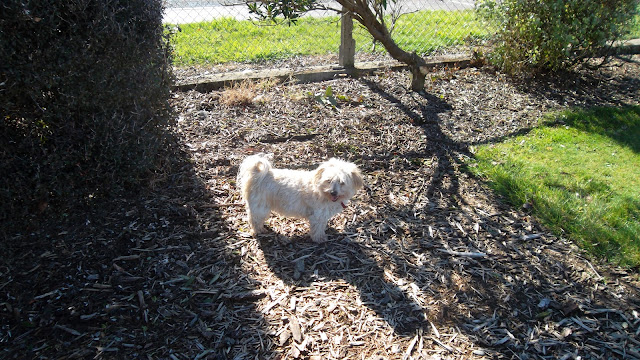 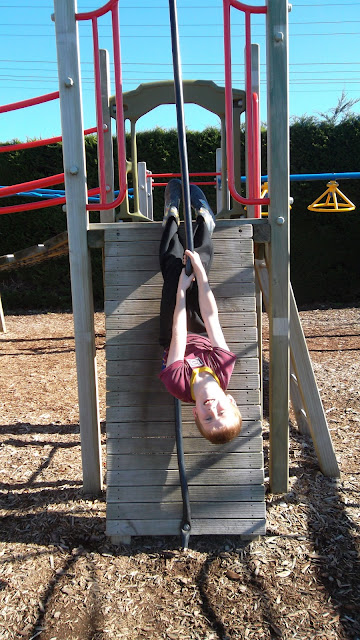 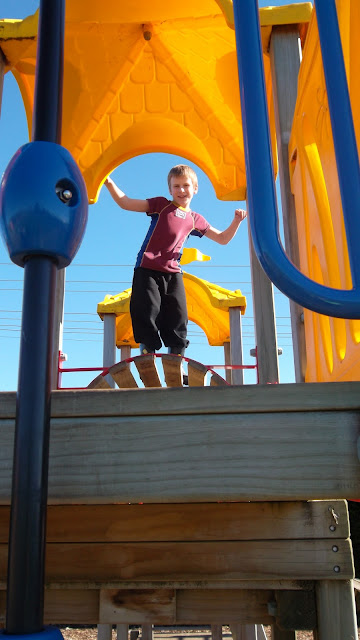 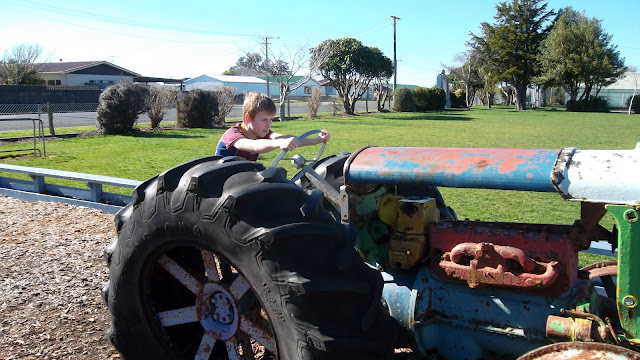 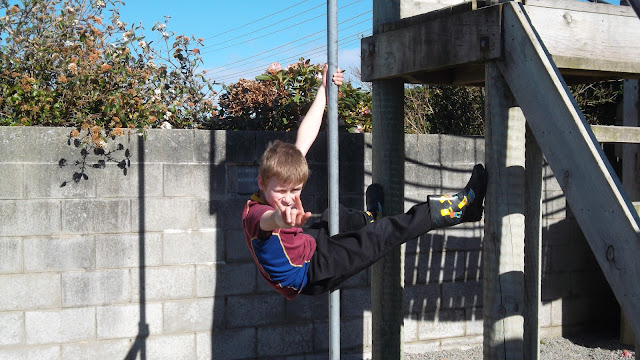 Yes, it has taken this long to recover

Sunday 5:30pm found me reclining on the sofa, ears ringing, staring vacantly into space. Two hours of rampant, sugar-hyped 8-year-old's charging around the house followed by cleaning up after said 8-year-olds can do that to a girl. Was it worth it? Oh yes.

Thankfully the weather also came to the party (did you see what I did there?) which allowed much of the partiers' sugar-high manic energy to be dispersed by running round and round the lawn, shrieking (sorry neighbours) and firing Nerf gun bullets at each other.

That's one of the good things about parties as the kids get older - they entertain themselves a good portion of the time. We ended up doing the food as a sort of on-going buffet, where they could run screaming around the lawn, then grab some more food fuel before running screaming around the lawn again. We all came together for a game of pass-the-parcel followed by sundae-making which turned out to be a hit with the kids.

As I Facebook-statused later, you know you've hosted a kid's birthday party when your own dinner consists of 2 potato-top pies followed by icecream with M&M's, multi-coloured sprinkles, mini marshmallows and jelly!

As promised, some photos (the theme was rainbow): 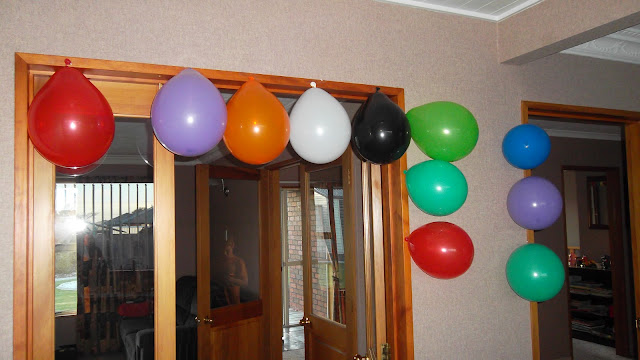 Blowing out the candles 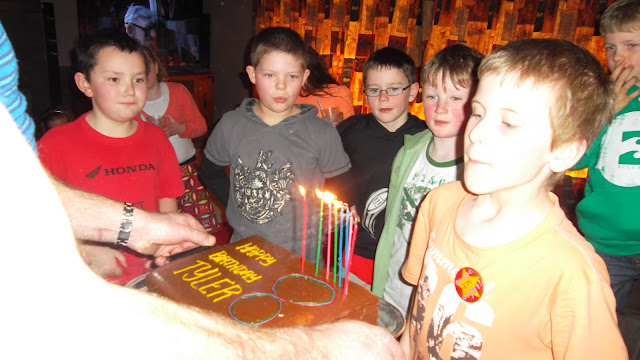 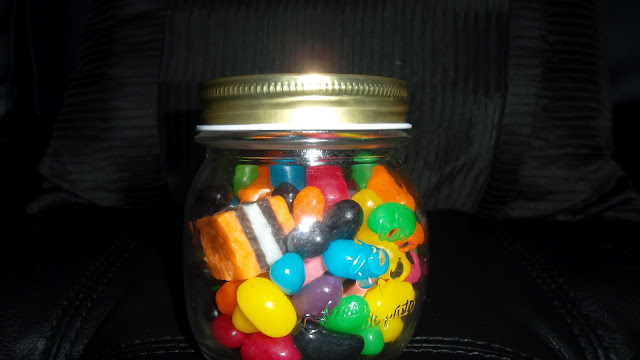 Eating sundaes and watching 'Up' 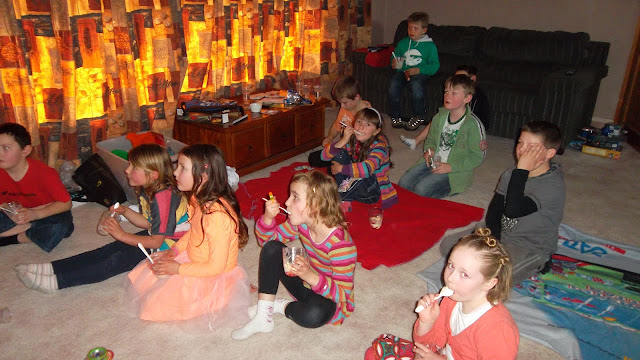 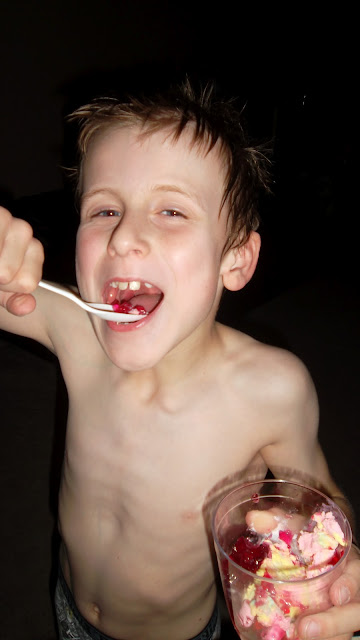 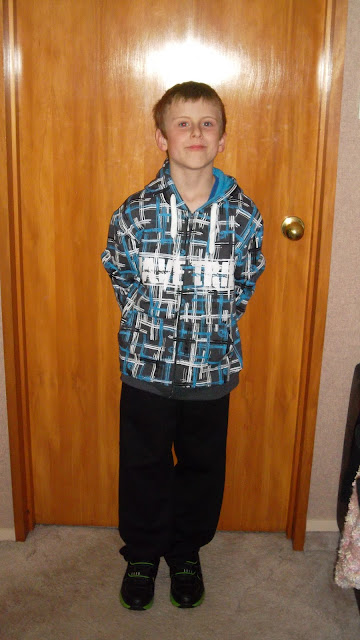 Here's Tyler in his birthday gear - hoodie from Grandad and Jan, track pants and sneakers from Pop and Ali.

Tomorrow's the kids party, so I'll try and post some photos tomorrow night.

What time does a Birthday start?

According to the now-8-year-old, the answer is: When he wakes up. Which yesterday, his birthday, was 3:45am. That was the time he bounced into our bed and said loudly: "Mummy! Daddy! Isn't there something you want to say to me?" "Happy Birthday, go to sleep" we both mumbled in unison. But noooo. This boy was AWAKE.

Chris threatened to not give him his presents until the evening which quietened him down for about...oh....10 minutes. Then it was "I love you" "You're the best parents ever" "When can I get up?" Answer: When the alarm goes off (5:30am, Chris being on day shift). There followed what felt like hours of tossing and turning, limbs being thrown in all directions, complaints of "I can't get to sleep" and then the occasional burst of 10 minutes dozing. By the time the alarm went off we were all well and truly ready to get up. Tyler was gratifyingly ecstatic about his presents and trotted into school full of the joys of life. I drank litres of coffee and contemplated shutting my office door for a nap at about 3pm.

We went out for tea with the Howard family, Granna and Richard to the Lone Star and that's when it all finally caught up on the wee dude, who took his new pillow pet (thank you Aunty Helen) and lay down on the floor by our table quietly playing his new Nintendo game. He was asleep pretty much the instant his head hit the pillow after we got home.

So now we get ourselves organised for the kid's party on Sunday. I'll definitely be needing a nana-nap after that.
1 comments

Tyler's birthday is almost upon us. This time it's a middle of the week one, so we are going out for tea on the actual day, with the party on Sunday.  The invitations have all gone out and so we prepare ourselves for an onslaught of children. The main event is Make Your Own Sundae. In keeping with the rainbow theme, there will be rainbow coloured icecream, and a multitude of coloured toppings and decorations. I think I better invest in a plastic tablecloth. Tyler has also requested Pass the Parcel and Charades for games, and once the kids have played and gorged, they can relax in front of the movie Up which, if you haven't seen it, is an animated movie which revolves around the adventures of a young enthusiastic scout and a grumpy old man who fly off in the man's house which is lifted by a multitude of multi-coloured balloons. Instead of loot bags, I have got little screw-top glass jars filled with jelly-beans and licorice all-sorts.

The swimming lessons are going...well....swimmingly. Since he started he has been moved up two lanes and the teacher said he is doing really well. He's like his father and is totally motivated by being first across the pool.

Not a lot else to report. Except: I got the MVP award for my netball team this year!! Totally amazed as I am far from the best player in the team. Far, far faaaaar from it.  But as our coach said, it's not about necessarily being the best player, but being consistent, doing all that is asked of you and improving over time. I'll take that :)
0 comments

OK so I'm lying when I say 'Daily' doings, but the alliteration sounds good :)

We just thought this was a good way for friends and family to keep up with what we've been up to and more importantly, share our joy at watching our little man grow up.